Medieval history has countless examples of conflict and war. With the introduction of combat mechanics in version 0.6.4, Medieval Engineers is no exception. The combat system is designed to be simple to understand and easy for beginners to gain a basic level of ability with. However the underlying effects create complex reactions to allow for balance and skill.

Like all systems in the game, combat is fully moddable and it has full support for stat effects which are also fully moddable. This makes combat one of the most customizable parts of the game for modders. 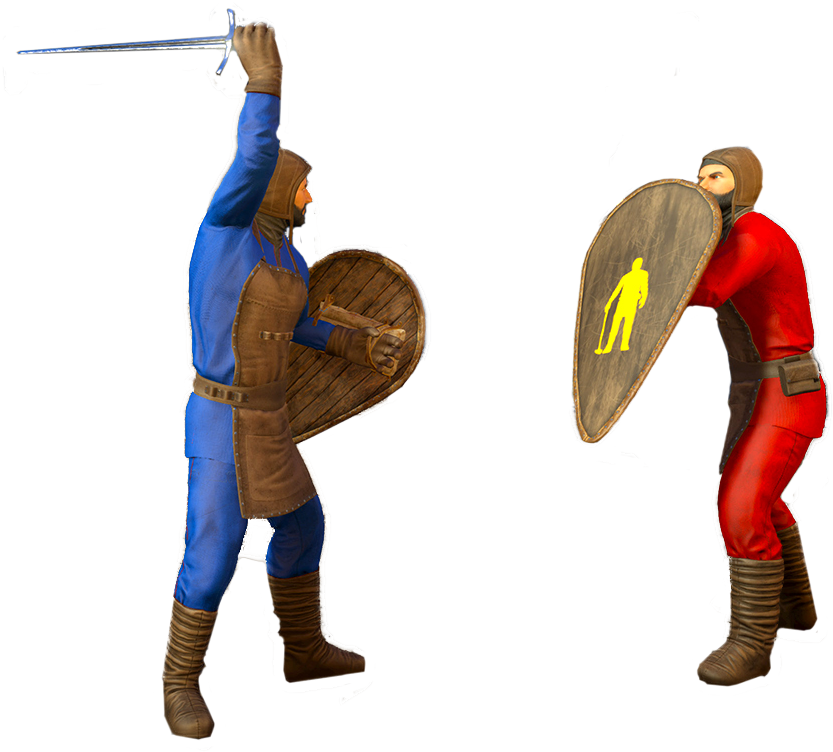 Combat
The locking system is automatic, meaning it will lock onto targets and snap your view to them when you aim near them. It uses a soft lock that allows you to break the lock or lock onto a different target by aiming. Switching targets is subject to target priority which emphasises barbarians and armed players over unarmed players. The locking system is only active when your character is in combat mode.

Combat mode is a special mode that the character enters that enables target locking. You can enter combat mode by equipping a weapon or by attacking or blocking with a tool. You will know you are in combat mode when your character goes into a combat stance. While combat mode is enabled you will not be able to walk, as opposed to running(default) or sprinting. 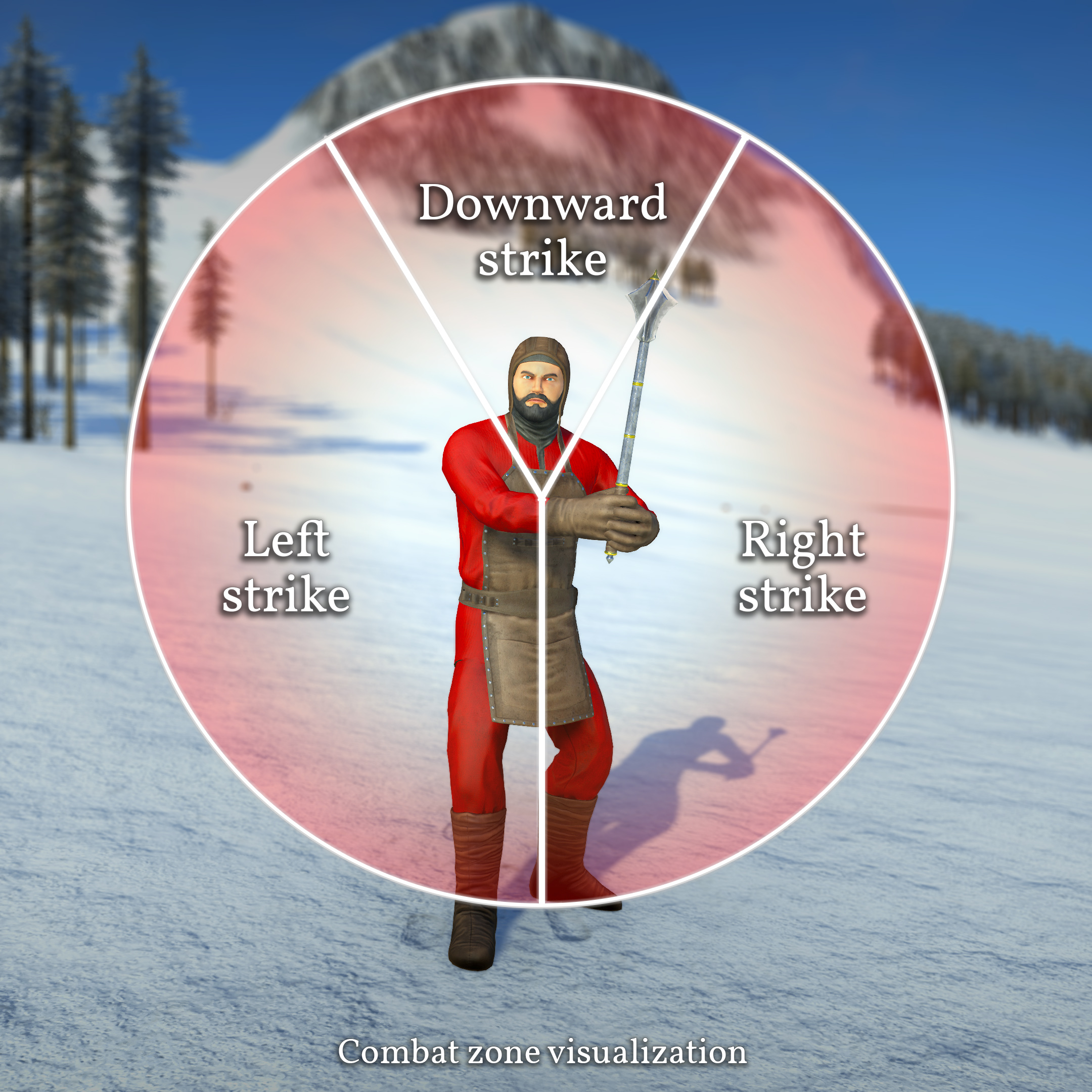 The combat mechanics are purposely simple but they allow for quite a bit of variety in timing and movement.

There are three zones in combat: Right, Left, and Forward (top). Each zone can be attacked individually and can be defended individually by weapons or up to two at a time using a shield. When one of your zones is attacked, for example your Right zone, you must attempt to block in the same zone. If you fail to block, either because of not aiming at the correct zone or because you were not fast enough, then you will be hit by the attack.

Attacking is accomplished by aiming at a zone and clicking

. While you are performing the attack you will be unable to block. Attacks can be charged by holding

until your attack is charged. Charged attacks inflict more damage and have a higher chance of causing effects than standard attacks. Aim at the target zone you want to attack before you start charging because you can’t switch zones once you start charging. You can switch to blocking at any time which results in an aborted attack.

Blocking is accomplished by holding

and aiming at the zone you wish to block. If you have a shield equipped it is able to block the Left and Right zones at the same time or block the Top zone. The shield will passively block the Left zone when you are not holding

. However, it will be less resistant to damage when passively blocking. Shields can also be used to block projectiles such as crossbow bolts.

Each attack and each successful block will cost stamina. If your stamina is too low you will be unable to attack or block. You will also be unable to sprint in this condition so you will want to avoid it if possible. Charged attacks can have higher costs than standard attacks.

Stun Overlay
The combat system relies on the stat effects system to handle damage, costs, and other assignable effects. Some of the common effects used by combat are listed here.

When you attack or block in combat you will gain adrenaline. This is a new stat that can be accumulated. When you have adrenaline your attacks will be faster. This gives you an advantage if you are fighting for longer such as when fighting a group of enemies. Adrenaline wears off quickly though so if there is a pause in the combat it is likely that you will lose all of your adrenaline.

Some weapons inflict bleeding wounds that will cause additional damage over a period of time. Bleeding will heal on its own if you do not die first. It can also be stopped by using a bandage.

Some weapons can inflict a wound to an arm. Arm wounds can slow down attack and block speeds for a time.

Some weapons can inflict a stun. When you are stunned you cannot attack, block, or move. This effect lasts a short time.

The following 20 pages are in this category, out of 20 total.