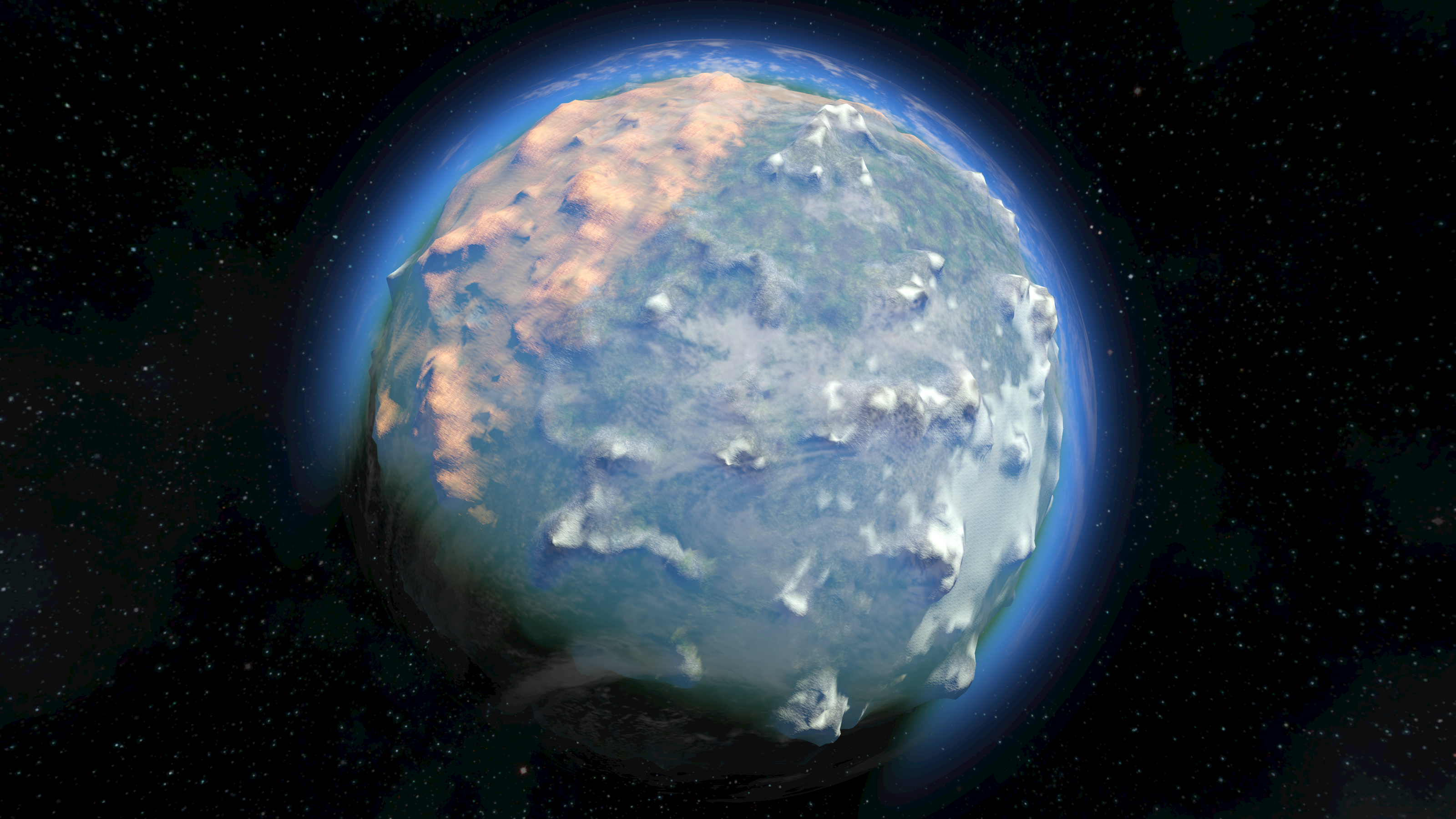 Planet Second is the current planet available in Medieval Engineers, introduced by the "Mechanical Blocks Update" (version 0.6.1), and was the second planet implemented overall. Planet Second is made up of six different

kingdoms, all depicted on the

On the safe start and wild start scenarios there are eight

Wonders hidden in the world. These are meant to be unique and inviting places to seek out and explore. The empty planet scenario does not contain any wonders or Safe Area but it does allow for slightly faster loading and smaller saves.

Also hidden around the world, under piles of rocks and in the possession of barbarians, are map pieces that can be collected and crafted into maps. These maps lead to Treasures hidden within each kingdom. Players are aided in their travels and exploration by the use of the world map and its Fast Travel feature.

The following 3 pages are in this category, out of 3 total.